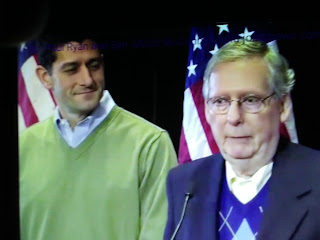 Republicans are indeed a loathsome bunch of cowards.
They finally have a GOP president and both houses of Congress set to turn back all the damage by the Obama presidency.  But because Trump isn't part of the swamp and actually wants to make Washington work, he's on their hit list.

Their reluctance to take more forceful action came as Democratic leaders voiced new urgency to shield Mueller a day after Trump said he had been encouraged by some to dismiss the special counsel. At least one rank-and-file Republican endorsed moving forward soon with a bill to protect him.

But Senate GOP leaders were not budging from their position against taking preventive action, underscoring the downside they have long seen in being too confrontational against the leader of their party. Even at moments of great uncertainty about what Trump will do next, congressional Republican leaders have opted not to further agitate him.