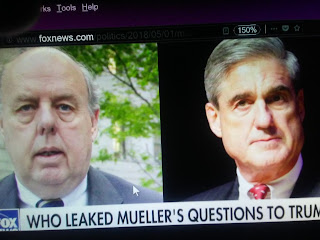 If Hillary Clinton as secy of state can destroy 33,000 emails after she got a subpoena, as president I think Donald Trump can tell Mueller to put it where the sun don’t shine.

John Dowd told the AP that Mueller raised the possibility of a subpoena during a meeting with Trump's legal team in March. According to accounts of the meeting first reported by The Washington Post and confirmed by Fox News, Dowd retorted: "This isn’t some game. You are screwing with the work of the president of the United States."

Dowd resigned as Trump's lead lawyer weeks later amid a dispute over how to answer Mueller's request for a presidential interview.