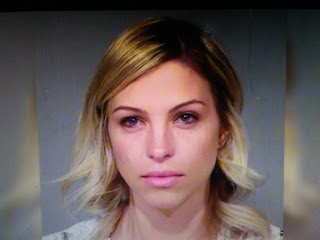 Dating a 13 yr old boy?
Gimmie a break!  She was a hooker on the side I think

NY Post reports an Arizona teacher was reportedly “dating” a student for weeks before she was arrested on suspicion of having sex with the 13-year-old boy in a classroom, authorities said.

Six weeks prior to the arrest, Las Brisas Academy students informed the principal that they believed sixth-grade teacher Brittany Zamora was romantically involved with a classmate, AZ Central reported.

In student interviews, Principal Tim Dickey took notes in early February that suggested the district was aware of the 27-year-old teacher’s alleged misconduct.