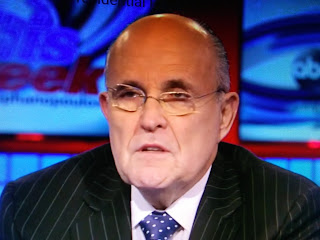 Unlike a lot of commentators, I'm fully confident President Trump can easily avoid a perjury trap if he ever had an interview with Robert Mueller.
Trump is a blazingly smart New Yorker with loads of street smarts.  Mueller is an overrated dope with a history of failure on his resume.  It even isn't close.


Fox News reports Rudy Giuliani, a member of President Trump’s legal team, said he believes Special Counsel Robert Mueller’s team is “desperate” to make a case and could be trying to “trap” the president into perjury, as he laid out the conditions for a possible Trump-Mueller interview.

“The questions almost cry out that they don't have a case, they're desperate,” Giuliani told Fox News in a phone interview on Wednesday, referencing questions Mueller’s team wants to ask Trump. “And they want to make a case.”