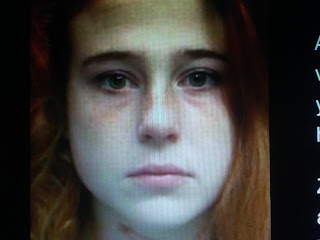 Think about installing a metal detector in your bedroom.
It's coming to that.

USA Today reports a teen interested in human sacrifice and sexual violence was sentenced Wednesday to more than 11 years in prison after she pleaded guilty to stabbing her partner while they were having sex.

Zoe Adams, 19, of Wigton, United Kingdom, admitted to unlawfully and maliciously wounding with intent to do grievous bodily harm for an attack during which she stabbed Kieran Bewick, then 17, five times in his chest, arm and leg.