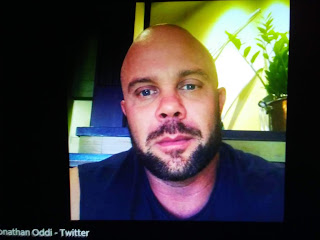 Another nut job pops out of the woodwork.!

Miami Herald reports less than a year ago, South Africa native Jonathan Oddi proudly posed behind a backdrop of an American flag, touting his new citizenship. "God bless the USA finally an American!" he wrote on Instagram.

On Friday morning, he unfurled the American flag inside the South Florida hotel owned by the nation's president, then got into a firefight and chase with police while ranting about Donald Trump, Barack Obama — and bizarrely, rap mogul P. Diddy, according to law enforcement.