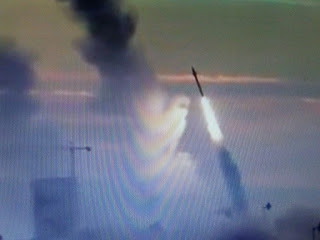 Iran is really not serious about starting anything with Israel.
They're just showing out.  Iran cannot match Israel's military.  Not even close.


Times of Israel reports some 20 rockets were fired at Israeli military bases by Iranian forces in southern Syria just after midnight on Thursday, with some of the incoming missiles being intercepted by the Iron Dome defense system, the army said, amid sky high tensions on the northern border.

There were no reports of Israeli casualties in the attack. An army spokesperson said damage was caused to Israeli military bases, but that it was “limited.”