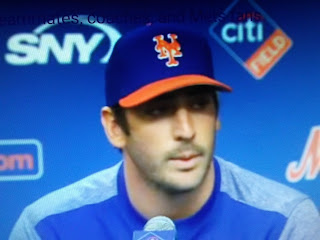 L.A. is a little more than 200 miles from San Diego, or a 2 hour drive.  That's not exactly a hop skip and a jump away from his teammates.
It may be time for the Mets to cut their losses and ditch Harvey.

NY Post reports Matt Harvey was partying in LA the night before he had a wobbly time coming out of the bullpen for the Mets in San Diego, sources told Page Six.

But a spy told us that Harvey was “out at the Avra opening stumbling around . . . He had to sit down at one point. He must have been so desperate to party, he came up from San Diego.”