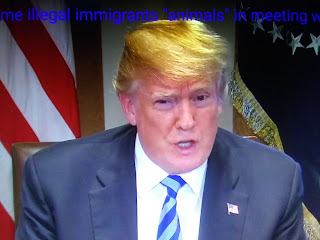 If there's outrage over President Trump calling MS-13 gang members "animals", then those upset should be departed to Honduras.
See what life is there is like.

The Blaze reports President Trump referred to illegal alien gang members as “animals” during a roundtable on immigration at the White House today, and the insult inspired a round of outrage on social media.
Here’s what Trump said
Trump was listening to Fresno Sheriff Margaret Mims speak about how California’s sanctuary city laws have hamstrung her ability to prosecute illegal aliens and especially dangerous gang members.
“It’s really put us in a really bad position, and it’s a disgrace,” Mims told the president.