If NYC wants to decriminalize pot, be honest about it and stop blaming it on adverse affect on Black and Latino arrests. 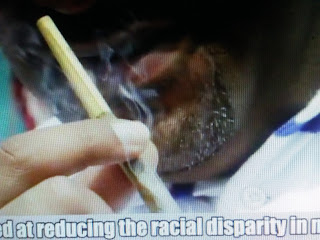 The other day NYC wanted to make a big point about it's desire to decriminalize Marihuana by saying Blacks and Latinos are arrested at a higher rate for smoking it.

Stop with the bullshit!

This was the same rationale for ending stop and frisk!  We're just suppose to accept the reason as factual on its face.  It's rapidly reaching a point when one day some Liberal is going to say that crimes committed by Blacks and Latinos should be ignored because it would be racist to arrest them for the crimes they commit.