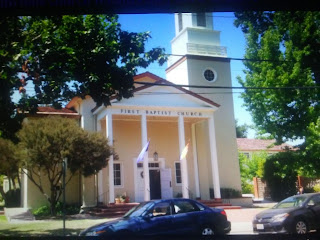 I can understand the frustration dealing with Libs who run local government.

San Francisco Chronicle reports a debate in Palo Alto over permits, traffic, and safety turned into frenzy of internet warfare after unsavory tweets from an associate pastor were leaked to the city's website.

The recovered tweets were posted on a public document addressing the city's latest council hearing, in which the city and the First Baptist Church of Palo Alto sparred over permission to lease the church to outside tenants as a community center.

On his public Twitter account, which has since been removed, the Rev. Gregory Stevens called the city "an elitist sh** den of hate," and "disgusting." Stevens also lambasted the city's "social justice" on Earth Day, calling it a "f****** joke" and criticized the church's elderly community.