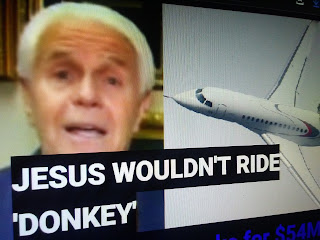 It's people like this that does much damage to the Christian faith.  What a fraud!


Fox News reports a Louisiana-based televangelist is asking his followers to donate money for a $54 million jet that can “go anywhere in the world in one stop,” The Times-Picayune

Jesse Duplantis, 68, a Christian minister based in Destrehan, about 25 miles east of New Orleans, says his ministry has paid cash for three private jets.