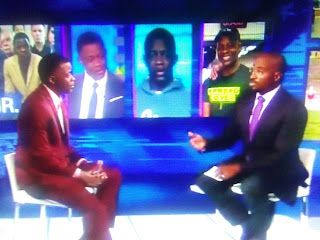 Van Jones can only wish to have the class and dignity of James Shaw Jr.  No contest.

The Blaze reports CNN host Van Jones attempted to bait James Shaw Jr. — the man wildly deemed as the “Waffle House hero” for his heroic actions during a mass shooting several weeks ago — into bashing President Donald Trump during an interview Friday.
Shaw’s response couldn’t have been more perfect.