Ex-Trump campaign staffer to black Democrat: ‘You’re out of your cotton-picking mind’ Hilarious 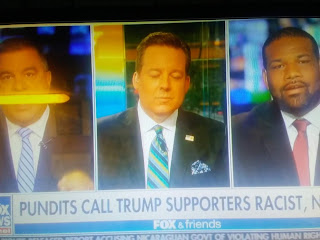 All Democrats are out of the cotton pickin' minds!
Yes, I say it's hilarious knowing how the looking for offenses crowd is going to exploit the situation in their usual deceitful way.  Out of you "cotton picking mind" is old expression that's been around longer than I've been alive.

NY Post reports a former deputy campaign manager for President Trump lashed out at a black Democratic strategist during a heated debate Sunday on “Fox & Friends” about immigration and said he’s “out of his cotton-picking mind.”

The two were reacting to comments made by former CIA director Michael Hayden who compared the Trump administration’s zero tolerance immigration policy that led to children being removed from their parents with Nazis separating families at concentration camps.