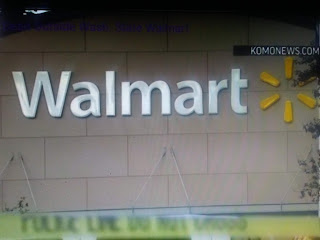 Good person with a gun kills the bad guy!

NY Daily News reports a gunman injured a teen and shot a man in a pair of carjacking attempts Sunday, before being killed by a bystander outside a Washington state Walmart store.
The incident at the Walmart in Tumwater happened about 5 p.m.
A witness told KOMO-TV that people were in line when they heard gunfire in the store. Witnesses told other media that they were inside the store and heard shots.
Tumwater Police Department spokeswoman Laura Wohl said it is unclear whether the gunman was ever inside the Nstore or if shots were fired inside, The Olympian reported.