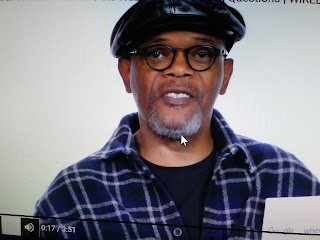 Liberal privilege means SLJ can get away with making as many homophobic references he wants.

NY Post reports tough-talking actor Samuel L. Jackson wished President Donald Trump a happy birthday on Friday, but the Twitterverse took exception to the perceived anti-gay slurs in the message and laid their vengeance upon him.

Jackson’s tweet: “Must have been a party at The White House, Mitch, Paul, Rudy & others were spotted wearing knee pads & carrying these lined up outside. Happy Birthday.”

The tweet included an image of a product called “After Dick Mints” with the tagline “Going down?”
One Twitter user asked, “Did you and Joy Reid get hacked by the same person?”