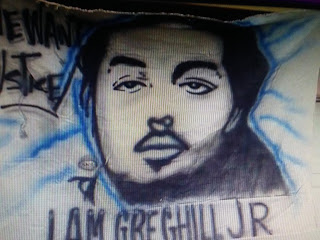 I guess this family has to cancel that vacation they were planning.

Orlando Sentinel reports the family of a Florida man killed by a sheriff's deputy has been awarded 4 cents by a federal jury.

The jury ruled Thursday that 30-year-old Gregory Hill Jr. was 99 percent responsible for his death because he was drunk and the St. Lucie County Sheriff's Office was 1 percent responsible. TCPalm reports the jury awarded Hill's relatives $4, of which they get 1 percent.

Deputy Christopher Newman and his partner went to Hill's home in January 2014 for a loud-music complaint. After they knocked on the garage and front doors, Hill opened the garage. When the door started back down, Newman fired, killing Hill. An unloaded gun was found in Hill's pocket.