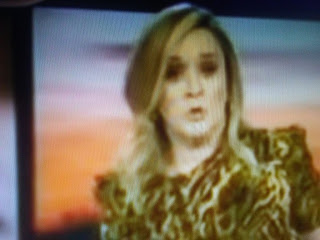 Liberals can do and say anything and rarely suffer any consequences.
And the corrupt media machine doesn't break a sweat over it.

Fox News reports Samantha Bee may have apologized for her vulgar insult about Ivanka Trump in her Wednesday monologue on “Full Frontal,” but many of her like-minded celebrity friends are standing by her side.

As previously reported, Bee opened her show with a monologue that capped off by showing a photo of Ivanka that had been lambasted by many critics last week showing her hugging her son. People felt the image was controversial given reports of the Office of Refugee Resettlement losing track of 1,500 immigrant children in the last three months of 2017.

Bee capped off her monologue by pleading with Ivanka to talk to her father about the situation and calling her a “feckless c---.”