Miss America no longer will include bathing suit competition, Why bother watching? 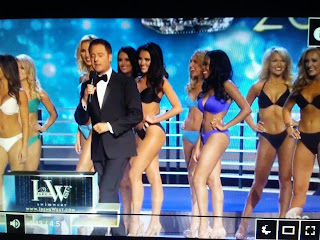 Taking the swimsuit competition out of the Ms America pageant is like taking the beef out of a steak.
Why bother taking a bite?  Another dumb idea by Liberals.


Las Vegas Review reports the Miss America Organization is dropping the swimsuit competition from its nationally televised broadcast, saying it will no longer judge contestants on their appearance.

Gretchen Carlson, a former Miss America who is head of the organization’s board of trustees, made the announcement Tuesday on “Good Morning America.”

She also says the group will make changes to the evening wear portion of the competition, adding it will not judge women on their chosen attire.