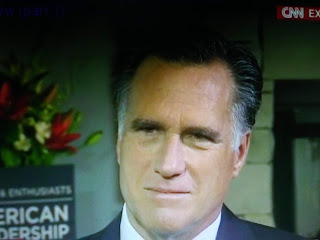 Isn't this a switch?

NY Post reports he once called Donald Trump “a con man,” but Mitt Romney on Thursday night predicted that Trump would “easily” win his party’s presidential nomination in 2020 and “solidly” win a second term.

Romney, the GOP’s failed 2012 presidential nominee from Massachusetts, now a Republican Senate candidate in Utah, made the prediction as he welcomed dozens of high-profile business and political leaders to a mountainside retreat in Utah Thursday night. As he has every year since 2012, Romney played host to an invitation-only summit focused on the future of American leadership at home and abroad.