Time for the Mets to Fire Mickey Callaway 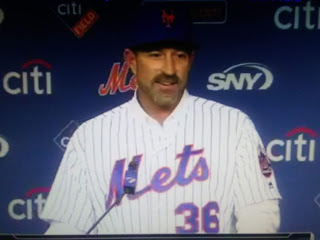 Yes, it would very unfair to fire rookie manager Mickey Callaway  sixty games into the 2018 season.
It's not his fault Jay Bruce and Michael Conforto forgot how to hit.  It's not his fault Yoenis Cespedes can't stay healthy.  But, sixty games is enough of a sample to determine  Callaway's approach is not working with these players.

Callaway was brought in with a reputation of being a great communicator, a players manager that would care about his players like no manger has ever done before.  Fine.  I didn’t know what that meant.  The Mets are 27-33. less than two thirds of the season remain.  Why continue the status quo?  It's time for the Mets to admit this course is not working, as unfair it would be, make the change.