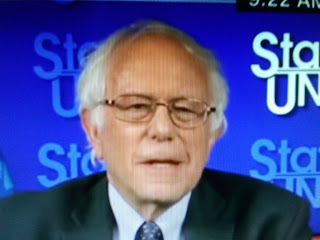 This is the direction the Democrat party is going.  Going more Left and wacky!

“Ben showed that running a progressive, issue-oriented campaign can bring all working people together in the fight for justice,” Sanders said in the statement. “That's what Ben has done in the primary and that is what a united Democratic Party will do in the general election.”