3 dead, 2 injured after US Air Force Vet shoots his wife and their 12-year-old triplet daughters before killing himself 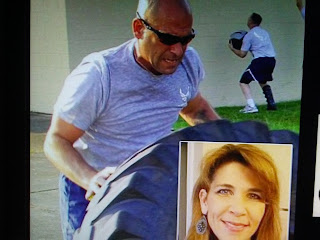 I don't understand these murder-suicides.
I guess I'm glad I don't.  This is madness and evil!

Daily Mail reports a US Air Force veteran has murdered his wife and one of their 12-year-old triplet daughters before setting their home on fire and killing himself in a shocking double murder.

Bob Orsi, 51, killed his wife Charlene, 44, and one of the triplet daughters at their home in Wetumpka, Alabama, on Saturday at around 6pm.

The other two were both shot multiple times but survived and are in hospital and the couple's 13-year-old daughter escaped unharmed.
After opening fire on his family, Orsi set fire to their home and then killed himself. Court records show that Charlene filed for divorce nine days ago and had sole custody of their four daughters.