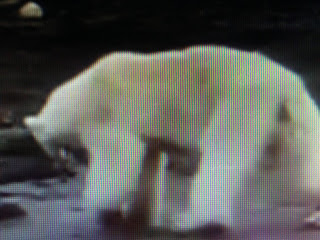 Wow, this is frightening!.

CBS News reports a 31-year-old father was killed this week in a polar bear attack while protecting his children in Canada's northernmost territory of Nunavut, according to Canadian media reports. The man, Aaron Gibbons, was unarmed when the bear attacked him on Sentry Island, which is located near the predominantly Inuit community of Arviat, CBC News reports.

Gibbons' uncle Gordy Kidlapik, said Gibbons was enjoying the day with his children when a polar bear began stalking or charging toward one of the kids, The Canadian Press reports. He told his children to run to a boat while he put himself between them and the animal.