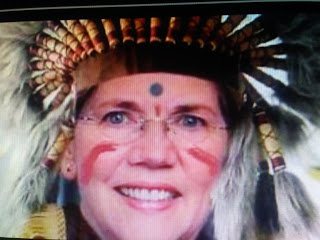 It's so funny how easy with DNA testing for Warren to prove her Indian heritage.
But, she won't do it.  Why?

The Hill repots President Trump said Thursday that if he were facing Sen. Elizabeth Warren (D-Mass.) during a debate, he would offer her $1 million to take a test to prove her Native American heritage.

“But let’s say I’m debating Pocahontas, I’ll do this,” Trump said during a campaign rally in Great Falls, Mont., referring to Warren by the racially charged nickname he gave her during the 2016 presidential campaign.

“I promise you I’ll do this, you know those little kits they sell on television for $2? Learn your heritage,” Trump said.