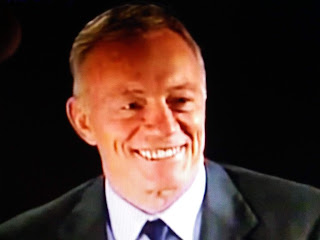 Finally, at least one NFL owner is willing to enforce rules that were already in place in the NFL prior to this kneeling kerfuffle.
It's pretty a simple work rule.  Either stand or face disciplinary action.

Fox News reports Dallas Cowboys owner Jerry Jones on Wednesday said the team’s players will be required to stand on the sidelines for the national anthem this season, days after the NFL said it would freeze a new policy on the polarizing issue amid ongoing negotiations with the players union.

“Our policy is you stand during the anthem, toe on the line,” Jones said Wednesday during a team press conference.