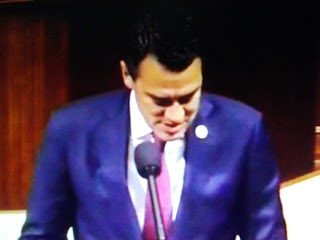 Breitbart reports Kansas GOP Rep. Kevin Yoder engineered a committee vote in the House which puts 200,000 Indian visa-workers on a fast-track to green cards and citizenship, despite the growing economic impact of visa workers on American college graduates.

Yoder’s Indian-giveaway amendment was approved July 25 even without an on-the-record vote by the GOP-run House appropriations committee, and it is being applauded by tech firms which prefer to hire cheap Indian college-graduate workers instead of young American graduates.