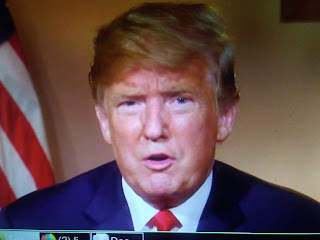 I think Russia is nowhere near as big a threat to the United States as the old Soviet Union.
It doesn't mean Russia is an ally.  But, it's to our best interests to have a good relationship with them and be wary at the same time.

Fox News reports President Trump denied he was "pro-Russia" and slammed former CIA Director John Brennan in a Fox News interview airing Tuesday night, after the ex-intelligence chief described Trump's news conference with Russian President Vladimir Putin as "treasonous."
"I think Brennan is a very bad guy and if you look at it a lot of things happened under his watch," Trump told Fox News' Tucker Carlson on Monday. "I think he's a very bad person."
The "Tucker Carlson Tonight" interview was recorded in Helsinki following the Trump-Putin news conference, at which Trump appeared to dismiss the U.S. intelligence community's conclusion that Russia meddled in the 2016 election. Trump backtracked on Tuesday, claiming he meant to say he didn't see why Russia "wouldn't" be responsible for the meddling.