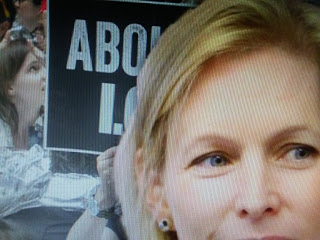 The Democrat establishment is in a battle against progressive activists that's destroying the party.
I love it!

Fox News reports Minnesota Sen. Amy Klobuchar on Sunday bucked calls by fellow high-profile Democrats to abolish the U.S. Immigration and Customs Enforcement (ICE) agency, putting a damper on the far-left proposal that has gained mainstream traction in recent days.
"We are always going to need immigration enforcement," Klobuchar said on ABC's "This Week."
"I think we know that," she added. "We are a major country with major borders, so to me, the issue is what are those policies."
New York Sen. Kirsten Gillibrand, a potential 2020 presidential candidate, and Mayor Bill de Blasio both advocated abolishing ICE this week. Another possible presidential candidate, California Sen. Kamala Harris, has said that officials should "re-examine" ICE and "think about starting from scratch."