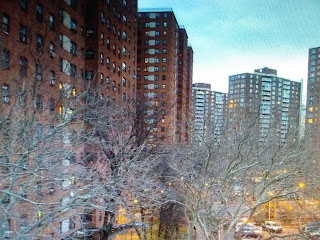 Democrats are the ones who say they care about children.
Bit, in the city of New York, a town that's firmly run by Democrats under a devout socialist Mayor Bill de Blasio, these Democrats lied on official documents that the kids who live in public housing were safe from lead poisoning when they were not.

NY Times reports even though the New York City Housing Authority has been under a microscope for flouting lead-paint safety regulations for years, the exact number of children residing in public housing poisoned by lead was never disclosed.

Over the weekend, the city department of health offered a number: It said that 820 children younger than 6 were found to have elevated levels of lead in their blood between 2012 and 2016.

The children tested positive for lead levels of 5 to 9 micrograms per deciliter, the minimum amount for which the federal Centers for Disease Control and Prevention recommends that localities intervene. The health department sent “detailed letters” alerting the children’s parents and health care providers and offering guidance on how to reduce exposure, said Olivia Lapeyrolerie, a spokeswoman for Mayor Bill de Blasio.