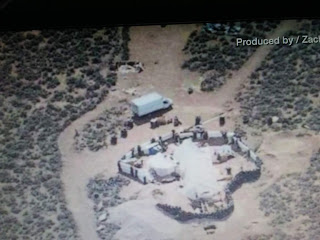 There's a lot more to this story I feel is not being reported.

AOL News reports eleven children were rescued from what authorities describe as a “filthy trailer” in rural New Mexico, following an armed standoff with one of two men who are now in custody.

Eight members of the Taos County Sheriff’s office surrounded the compound while looking for a missing three-year-old kidnapped from Georgia. While they did not find the missing child, authorities found 11 other children -- aged one to 15 -- living in a compound, quote, "surrounded by tires and an earthen berm.”