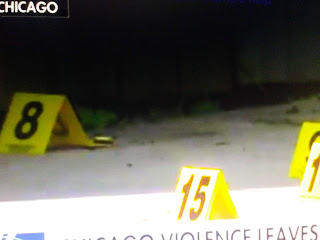 As of this post, ABC took more thnn a day to report on the shootings in Chicago.
Other mainstream media outlets did not report this nationally.

ABC News reports at least 11 people were shot to death and about 70 wounded in a weekend burst of violence in Chicago that instantly became a political issue when President Donald Trump's lawyer, Rudy Giuliani, blamed the carnage on longtime Democratic rule in the city.
Police on Monday attributed the dozens of shootings to gangs, the illegal flow of guns and sweltering August heat that drew more people outside.

The victims ranged in age from 11 to 63, according to police. One teenage girl died after being shot in the face. A teenage boy was fatally shot riding a bike Sunday afternoon. Other shootings took place at a block party and a funeral.