Director Boots Riley Slams Spike Lee’s ‘BlacKkKlansman’ as ‘Made Up’ 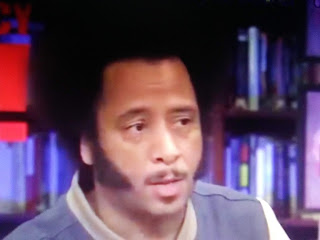 This sounds a little like professional jealousy to me.

Urban Hollywood 411 reports Boots Riley, the writer-director of Sorry to Bother You, attacked Spike Lee’s BlacKkKlansman Friday in a three-page essay on Twitter.

BlacKkKlansman is based on the true story of African-American police detective Ron Stallworth infiltrating a local chapter of the Ku Klux Klan.

But Riley calls the film a “made up story” that fails to paint an accurate picture of police brutality and racism in America.

Riley starts out by saying Lee has been a “huge influence,” and is the reason he went to film school. Then he begins to criticize BlacKkKlansman.

“It’s a made up story in which the false parts of it to [sic] try to make a cop the protagonist in the fight against racist oppression. It’s being put while Black Lives Matter is a discussion, and this is not coincidental. There is a viewpoint behind it,” he says in his essay.