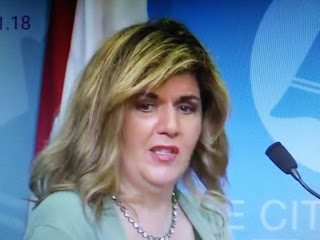 This is what BigTech is doing with opinions they disagree with.
It has nothing to do with failing to meet community standards.  That's a smokescreen to cover up Facebook not wanting Trump supporters to communicate with each other in the digital public square.  And forget about Facebook being a private company.  This company has received significant federal subsidies.  That's taxpayer money they've gotten.  They are a government-protected monopoly!


At 7:55 a.m. Thursday morning, I posted a story I had written for The New York Post on both Facebook and Twitter. It was a reported piece on how people who voted for President Trump were feeling after both former Trump campaign manager Paul Manafort and his lawyer Michael Cohen found themselves on the wrong side of the law.

Within two hours I started receiving a handful of notes from people who are friends on my personal Facebook page that their posting of my piece, entitled “Why Trump’s supporters won’t care about Cohen and Manafort,” had been removed.

Sometimes the removal was accompanied by a message from Facebook. “Spam” was the most common reason given, but a couple of people were told Facebook removed the post because “it did not follow our Community Standards.”