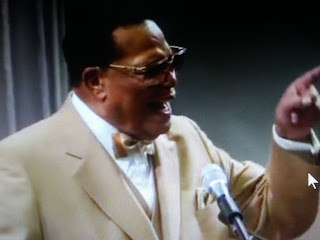 The hypocrisy is amazing.
But, the people see what's going on.  Alex Jones and InFo Wars will continue to thrive.

InFoWars reports Nation of Islam leader Louis Farrakhan’s official Facebook page is rife with anti-Semitic conspiracy theories and other hateful speech, which have not been censored by Facebook content monitors, a Daily Caller News Foundation review of the page reveals.