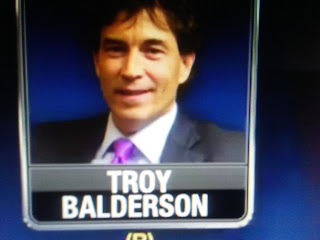 The GOP is holding and will continue to hold in the midterms.

Ohio Dispatch reports get the latest update: Troy Balderson declares victory but ballots in tight race remain to be tallied

Finally, we’ve arrived at the most-anticipated day on the national political calendar before November’s midterm elections.

The special election matchup between Republican Troy Balderson and Democrat Danny O’Connor in the GOP-dominated 12th Congressional District is regarded as a possible harbinger of which party will control Congress, as well as a virtual referendum on President Donald Trump — especially after he campaigned in the district Saturday.

But with polls showing a very close race, will we know who won even after Tuesday’s ballots are counted?

Join the conversation at Facebook.com/dispatchpolitics and connect with us on Twitter @OhioPoliticsNow

No one knows quite what to expect, in large part because a competitive August congressional election is unprecedented in recent Ohio history.

“Typically in the August special elections, nobody turns out, but with all the hoopla, who knows?” said Aaron Ockerman, executive director of the Ohio Association of Election Officials.

While odds are that the outcome will be known Tuesday night, Ockerman said, “If it’s super close, you probably won’t see either person concede.”
Read more: Get the latest results on this race here.