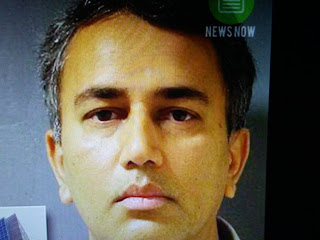 How can this be?
I don't get this at all.  This sets a very bad precedent for other unethical doctors in the future.

NY Post reports a former Houston doctor convicted of sexually assaulting a patient while she was tethered to machines and receiving treatment for asthma won’t serve any prison time and will instead serve 10 years’ probation.

The punishment has surprised defense attorneys, disappointed law enforcement and raised concerns from a victims advocacy group, the Houston Chronicle reported. The victim said through a former attorney that she had no comment and wanted to put it all behind her.

Dr. Shafeeq Sheikh was sentenced Friday, a day after a Harris County jury of five women and seven men found him guilty after 14 hours of deliberations. Sheikh, 46, was not assigned to the woman’s medical case at the time. He acknowledged at trial that he had sexual contact with the woman during the night shift at Ben Taub hospital in 2013 but told jurors it was consensual.