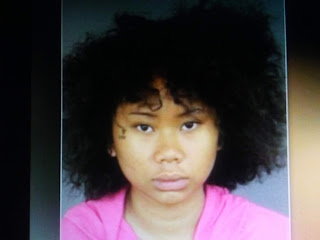 This is really shocking!
I'm amazed it's being reported because crimes by Gays are suppressed by the media.

AOL News reports the 16-year-old girl accused of killing and hiding the body of her 7-year-old nephew Jordan Vong names her girlfriend as an accessory to the crime, according to the arrest affidavit.

The Denver Police Department said 16-year-old Jennie Bunsom suffocated the boy, wrapped his body in a blanket and placed him in her bedroom closet.

Bunsom was scheduled to be in juvenile court Tuesday morning, but because the Denver District Attorney's Office is charging her as an adult, her appearance was waived until Thursday morning.