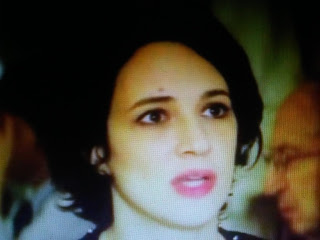 What a freaking hypocrite!
I've said from the very beginning this so called #MeToo movement is another Astroturf hoax.

Hollywood Reporter reports Argento was one of the first and most vocal accusers of disgraced movie mogul Harvey Weinstein.

Asia Argento, the Italian actress who was one of the first to publicly accuse Harvey Weinstein of sexual assault, secretly paid off a young male actor accusing her of sexual misconduct in the months after her revelations about the disgraced movie mogul.

According to a report in The New York Times, Argento paid former child actor Jimmy Bennett $380,000. Bennett claims that in 2013, a then 37-year-old Argento assaulted him in a California hotel only two months past his 17th birthday. The age of consent in California is 18.