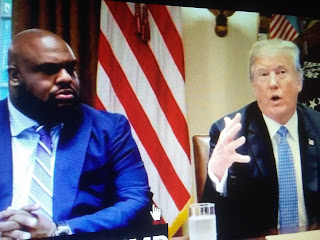 This is another fact the corrupt media is unwilling to report.
Blacks are enjoying the lowest unemployment rates in recorded history under the Trump presidency.  The mainstream media refuses to report it for agenda reasons

The Rev. Phillip Goudeaux of Calvary Christian Center in Sacramento, Calif., and the Rev. John Gray, head of Relentless Church in Greenville, S.C., came under fire from critics who say Trump's policies have harmed the black community.

But at Wednesday's event, dubbed “Meeting with Inner City Pastors,” many of the pastors who attended expressed sympathetic views toward Trump, with one pastor -- the Rev. Darrell Scott, of Cleveland -- calling Trump “the most pro-black president we’ve had in our lifetime.”