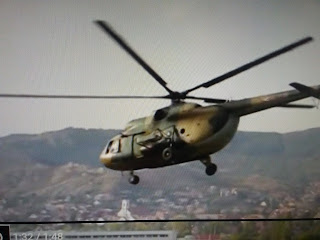 Wow, this is terrible!

Fox News reports a Russian helicopter crashed shortly after takeoff in Siberia on Saturday, killing all 18 people aboard, its airline said.

Preliminary information indicated that the aircraft's blades collided with another helicopter that had taken off beforehand from the same pad in Vankor, above the Arctic Circle about 2,600 kilometers (1600 miles) northeast of Moscow, UTair said in a statement.