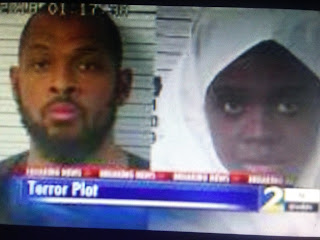 And a judge set them free on bail? This is a huge story that's not getting mainstream coverage.
Guess why?

Atlanta Journal Constitution reports two people in a New Mexico compound in which children were allegedly trained to carry out mass shootings had Grady Memorial Hospital as a target, according to prosecutors.

Interviews with some of the 11 children removed from the compound this month said Jany Leveille and partner Siraj Ibn Wahhaj, who have metro Atlanta connections, intended to confront “corrupt” institutions or individuals, according to a document filed Friday in Taos County, N.M., and obtained by AJC.com.