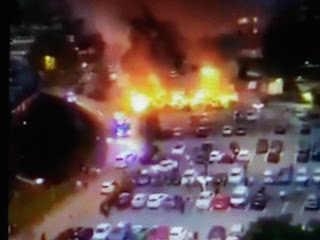 Crime is going up through the roof in Western European countries that allowed an influx of Muslim refugees.
But, they don't want to admit the connection or in some instances suppress the truth.

Daily Express reports at least 87 cars have either been torched or exposed to vandalism in Gothenburg and other major cities west and south in Sweden.
The fires started in Gothenburg, around 9pm local time on Monday, before reports of similar happenings in other areas came in.
The police suspect it was a coordinated attack, where people from different city had planned the ravaging.
A number of young people who were at the scene of the attacks in Trollhättan have been identified and arrested.