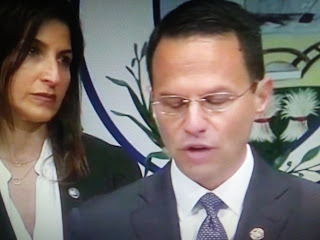 This is an unspeakably ugly thing.  If guilty these priests should be held to account.
But, this problem is not limited to the Catholic Church.   Pedophilia is rife in the upper echelons of business, politics, and entertainment.  Nevertheless, it's only exposed in the Catholic Church.

The 884-page document, two years in the making, shines a light into the dark corners of these dioceses going back seven decades, exposing the predators and the efforts of their bishops to protect them.

“Today, the most comprehensive report on child sexual abuse within the church ever produced in our country was released,” Attorney General Josh Shapiro said. “Pennsylvanians can finally learn the extent of sexual abuse in these dioceses. For the first time, we can all begin to understand the systematic cover up by church leaders that followed. The abuse scarred every diocese. The cover up was sophisticated. The church protected the institution at all costs.”