The War to Destroy Alex Jones, Part One 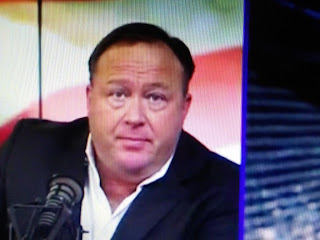 The Last Tradition will continue to stand with InFo Wars!
If this could happen to Alex Jones who is a giant of the conservative blogasphere, it could easily happen to me.

Rivers of elite revenge are flowing.
THEY are out to get him and drive him into oblivion.
He, and his huge website, Infowars, stand as a threat to the empire they are building, where free speech is a thing of the past and only correct speech that supports THEIR objectives is permitted.
Monday, the coordinated war against Alex Jones escalated along several fronts, within a space of about 12 hours, according to infowars reporter Paul Watson: