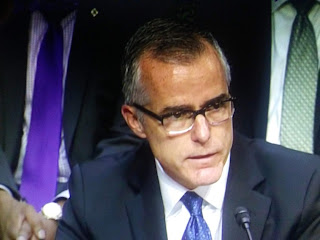 The FBI isn't giving up any requested documents because the organization is corrupt.
Meanwhile  AG Jeff Sessions sits there like a potted plant and does nothing to root out the stench.

Why isn’t the FBI giving Andrew McCabe text messages to Judicial Watch or appropriate governmental authorities. FBI said they won’t give up even one (I may have to get involved, DO NOT DESTROY). What are they hiding? McCabe wife took big campaign dollars from Hillary people.....
— Donald J. Trump (@realDonaldTrump) August 11, 2018