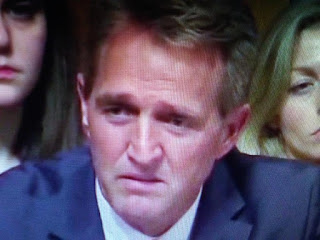 This is a huge mistake the GOP is walking into.
The delays won't stop after the FBI finishes their investigation.

Kavanaugh’s nomination had appeared back on track earlier Friday when he cleared a key hurdle at the Senate Judiciary Committee. But that advance came with an asterisk. Flake indicated he would take the next steps — leading to full Senate approval — only after the further background probe, and there were suggestions that other moderate Republicans might join his revolt.