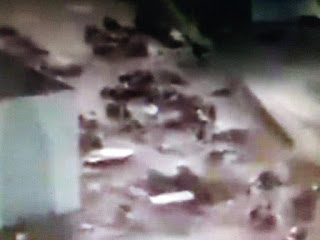 Aljazeera  reports nearly 400 people have been killed after a powerful earthquake triggered a tsunami that hit Indonesia's central Sulawesi island.

The national disaster agency put the current death toll at 384, all of them reported in the tsunami-struck city of Palu, but warned the number was likely to rise as rescue efforts continued on Saturday.