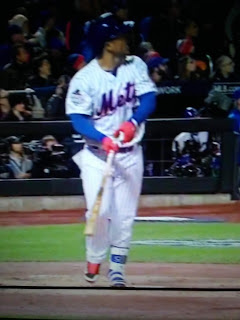 Even though I knew David Wright's career was coming to an end, it still hurts.
He's been such a great face of the franchise for such a long time.   A class gentlemen for the ages.

"Physically, and the way I feel right now, and from what the doctors have told me, there's not going to be any improvement," Wright said. "I don't see (continuing) as a possibility."

The team said Wright will be activated for the homestand, which begins Sept. 25, and will make his final start at third base Sept. 29 against the Miami Marlins.

An emotional Wright did not technically announce his retirement, but said he is medically unfit to continue playing after his final start. Injuries to his shoulder, back, and neck have prevented him from playing since May 2016.