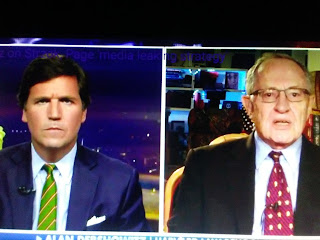 This is what DOJ corruption is all about and it needs to be dealt with.

Dershowitz said he has been bothered by intentional leaks from within the FBI since the tenure of controversial Director John Edgar Hoover, who served from 1924 to 1972.